The second annual March Madness book tournament at Seaford Manor Elementary School generated lots of excitement for students who participated in four rounds of voting before a winning book was named.

Fourth grade teacher Jill Egan and librarian Samantha Simon coordinated the competition which started with a bracket of 16 books. They said the initial selections included books popular with students, new children’s books and teacher recommendations. The bracket was displayed in the hallway for all to see, but schools closed soon after and the book tournament moved online.

“It was a little more personal and more exciting than just putting up pictures of the books on the website,” Ms. Simon said.

The 16 books, in cover-to-cover competitions, were narrowed down to the elite 8, then the final four. Students selected “The Good Egg” by Jory John and “Piranhas Don’t Eat Bananas” by Aaron Blabey as the top two finalists. Ms. Egan and Ms. Simon made the announcement by video on April 17 and by a margin of just three votes, “Piranhas Don’t Eat Bananas” was chosen as Manor’s 2020 Book of the Year.

In the four rounds of voting more than 1,100 votes were cast, which Ms. Egan and Ms. Simon said showed the high level of enthusiasm among the students. They added that the feedback from parents was extremely positive, sharing that their children gathered around the computer every time an announcement was made narrowing down the bracket. 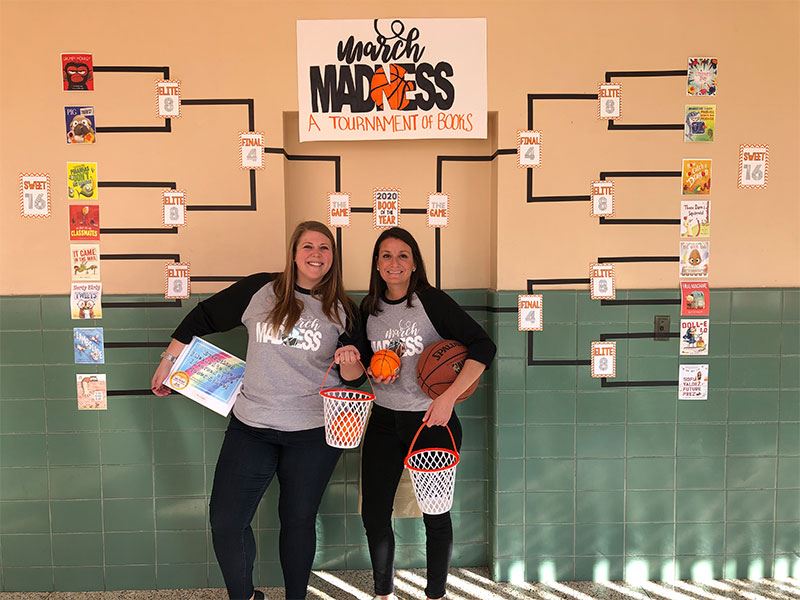