The rise in the number of teens vaping has caught the eye of school officials across the country, including Seaford. At Seaford Middle School, Principal Dan Smith and Assistant Principal Lisa Dunn say they are hoping to reverse the trend through education efforts.

As part of the school’s anti-vaping campaign, sixth, seventh and eighth graders heard from social workers from Northwell Health about the dangers of vaping. During an assembly program, they took part in role-playing exercises to learn how to say “no.” Students also became better consumers by understanding how vape products are marketed toward their age group.

“It started good conversations,” Ms. Dunn said, “because a lot of students now have a different opinion of vaping and understand how bad it is.”

Students also learned about the negative effects of vaping and smoking in their health classes. Additionally, during their advisory periods, they signed anti-vaping pledges, which were hung in hallways to show their commitment to healthy choices. 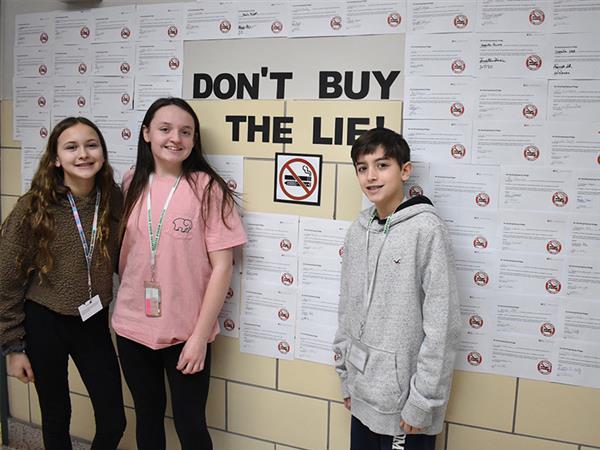