Seaford Drama Club to Present ‘All Shook Up’

A Shakespeare tale with a rock ’n’ roll twist is coming to the Seaford High School stage in early March as the Drama Club will perform “All Shook Up.” The show will feature numerous Elvis songs including “Blue Suede Shoes,” “Jailhouse Rock,” “Heartbreak Hotel,” “Can’t Help Falling in Love” and more.

The play, based on William Shakespeare’s “Twelfth Night,” takes place during the course of one day in 1955 in a small, unnamed town in the Midwest. Senior Andrew Calvacca stars as Chad, the Elvis-inspired character. Other leading actors include Gabriella Philipp as Natalie, Liam McDonald as Dennis, Carly Corsitto as Sandra, Tyler Reeves as Dean, Miranda Kelly as Lorraine, Max Newman as Jim, Meredith Muirhead as Sylvia, Buddy Pace as Earle and Emily Schiller as Matilda.

Gabriella described “All Shook Up” as a high-energy show with lots of “you don't know what’s going to happen next” moments. Andrew added that it is a thrill to do the show because Elvis is such a beloved musician.

“The music is the best part of the whole show,” he said. “It adds a fun spin on songs people already know.”

The show is directed and choreographed by Samantha Gates, with Gina Salvia serving as musical director, Anthony Romeo as producer, Chris Coniglio as pit conductor, Dan Krueger as sound designer and Grant Weber as set designer.

There will also be a free performance on Thursday, March 5, at 4 p.m. for local scouts and senior citizens. Guests are asked to call 516-592-4337 to make a reservation. 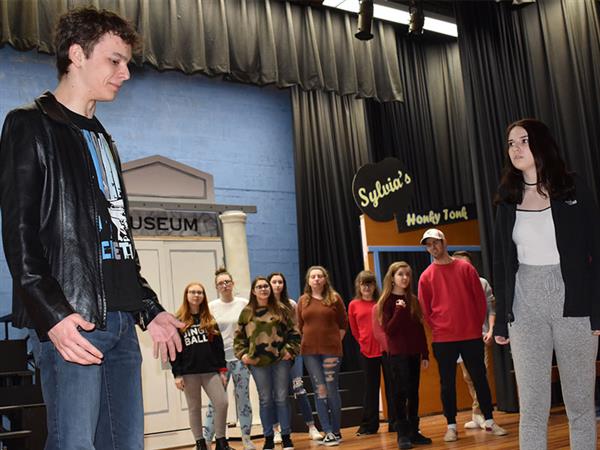 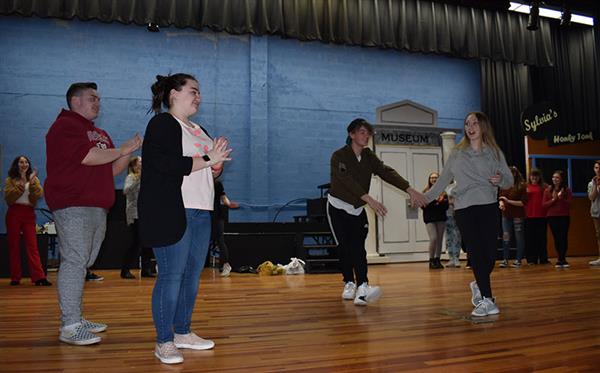