Harbor Kindergartners Get a Learning Check Up

They may have only started school a few months ago, but kindergartners at Seaford Harbor Elementary School have already become doctors. Youngsters in Marisa Cirillo’s class recently donned gloves, masks, scrub hats and even photo ID badges while performing literacy and math “operations” in their classroom.

At one station, children picked up cards with numbers and had to count that out in paper hearts to determine how many patients’ charts had been checked. Another center featured cutouts of the human body with numbers zero through six in both numerical form and spelled out. When students made a match, their indicator would light up.

Over at the literacy station, students used plastic tweezers to pick though cotton balls and find letters. From there, they had to look at pictures and identify which one represented a word that started with that letter.

Ms. Cirillo said that the activity was a fun way to review skills the students have been learning since September. 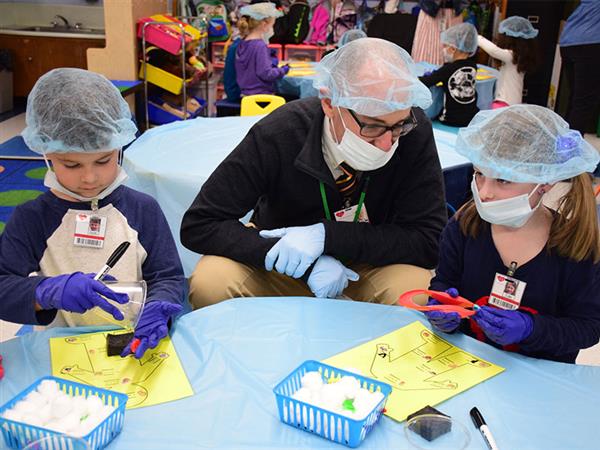 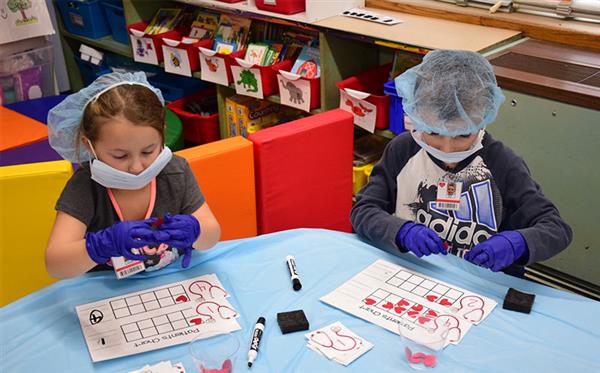